Guilherme de Brito Bollhorst was born in Vila Isabel, a traditional neighborhood with regard to samba, the home of 12 years older Noel Rosa, with whom Guilherme was acquainted and who often gave him rides on his car. Guilherme got a cavaquinho as a present when he was 8; later he became also a violonista. With the death of his father when he was 12, Guilherme had to drop his studies and start working. He got a job at old Casa Edson, one of the first recording studios to function in Brazil. 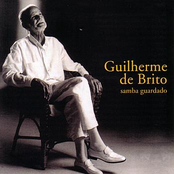